Des Moines’ very own DWOLLA makes the ReadWriteWeb Top Ten Startups List for 2011 along with some of my other startup favorites: Fab.com, Zaarly.com, Pinterest.com, Evernote.com and Dropbox.com 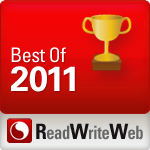 This year’s top 10 startups list is a combination of companies that launched in 2011, and others that gained considerable attention. We chose these startups based on how they’ve changed or disrupted their niches and how they’ve influenced trends this year and for the year to come. 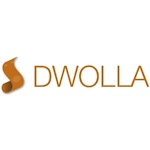 Dwolla: Mobile Payments That Act Like Cash
Apparently Des Moines, Iowa, is the mobile payments capital of the U.S. It is also the home of mobile payments platform Dwolla, which has been on the RWW radar this year. Here is how it works: Sign up for Dwolla, load up your account and then head over to a retailer that’s using Dwolla for mobile payments. The company says it is working on partnerships with banks and financial institutions so that money can go right from user’s bank account to the retailer.
Dwolla sees itself more like Visa than a PayPal type of mobile payments solution, except it uses cash instead of credit. Its main competitor is Square, which offers Square Card Case, except that relies on a user’s smartphone and the retailer’s iPad cash registers. Dwolla is much simpler.

Users benefit from Dwolla’s location and social features, and that it’s basically digital cash rather than credit-based money. In that way, Dwolla acts like cash in your wallet, except it’s digital and your wallet is your smartphone. And at the end of the day, Dwolla wants to partner with retailers to make this concept work. Its “Grid,” which launched back in June, works like Facebook Connect for payments – a user’s personal information is stored on Dwolla, not the merchant’s servers. If a third-party app wants to connect to Dwolla, it has to first ask permission just like Facebook Connect. That’s one way Dwolla makes users feel more in control of their accounts, which are also based entirely on cash. Dwolla transactions are 25 cents regardless of the amount unless it is under than $10, in which case it’s completely free. PayPal, on the other hand, always charges 30 cents per transaction plus 2.9% of the transaction.

What do you think? Cancel reply